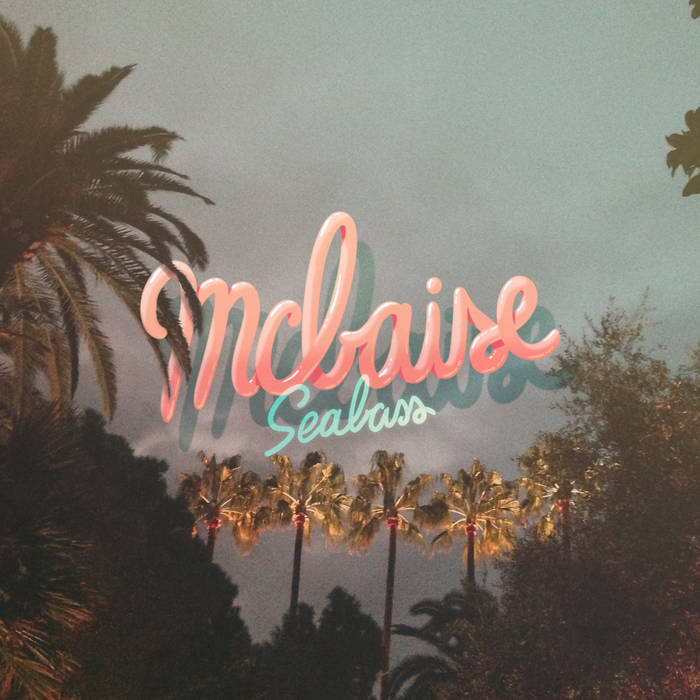 Rafael Lopes I meet Mcbaise through Mcbess. The first thing that I loved is the album art, but them I listened to the music. And maaaaaaaan that pure art. Perfect for work, party, cruising on the road or just chill out on your sofa by yourself. Great music, great artist

JVSTHEUNIVERSE Really cool sound, very different. The LP looks incredible and the level of work that has gone into this as a whole is very notable.

The sound is so distinct and is balanced and unique, each track is consistent but varied enough to stand alone.

Mcbaise has been described as “ probably the best thing to ever come out of Cannes”, originally from the south coast of France and now living in London his style has been heavily influenced by both places to create a kind of smooth yacht rock. Seabass is his first album, recorded in Cannes with the help of his cousin Mcbess, trying to capture the boredom and the nostalgia of being in their hometown.

Mcbaise lives between London and Auribeau sur siagne and as been described as “ probably the best thing to ever come out of Cannes”. he spends most of his time eating pan bagna on the beach, during christmas he feels the need to record soundtrack to old sexy movies, with big old dicks. His style is a kind of smooth yachty rock. ... more